Hey everyone we will be participating in the Payson Labor Day Parade this Monday, September 7.  Several of you purchased T-shirts for the Parade they will be done Thursday, September 3.  If you want to pick them up I will be teaching at the Peteetneet Thursday, September 3 from 4-8pm or otherwise I will bring their T-shirt to the Parade.  Along with their T-shirt they need to wear any levi bottoms (shorts, capris, jeggings etc.) & sneakers.  I've also had many students who signed up for dance after we had already ordered the Parade T-shirts, if they still want to be in the Parade they are more than welcome, just have them where a bright colored T-shirt and the levi bottoms and sneakers.

Your child needs to meet at the Parade Line-Up (1400 South in Payson, there are 2 churches right next to each other we will meet at the second church on Monday, September 7 by 9:30am.  We are number #55, the Parade starts at 10am and you will need to pick up your child at Payson Market after the Parade.

Note there is no dance on Monday.  The only class I will be making up is the "Show Stoppers" they will be combined with my "Rock Star" class on Thursday, September 10 from 4-5pm.  The technique classes are participating in the Parade so that will count for their class plus we will have extra practices throughout the year for our team girls.
Posted by Kimberly Nelson at 1:38 PM 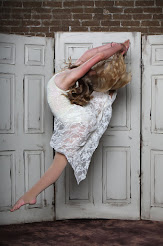